On July 7, Hokkaido University announced that the "Platinum Catalyst" technology from the same university will be installed in the new household refrigerator of Hitachi Appliances released in August.Hitachi Appliances has been leading the refrigerator market with "vacuum chilled" that maintains the freshness of food by "vacuum storage" and "sleep storage" using its own technology.This time, the refrigerator is equipped with the world's first "platinum catalyst", which is expected to further improve the freshness-preserving effect of vegetables. 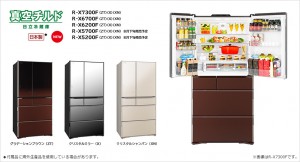 It is known that the ethylene gas released by vegetables reduces the freshness of vegetables.Platinum catalysts have the ability to break down ethylene gas and turn it into carbon dioxide, which keeps vegetables dormant and keeps them fresh.The current refrigerators in Hitachi's "Vacuum Chilled" series use a unique technology "photocatalyst" that decomposes ethylene gas and odorous components to generate carbon dioxide when exposed to light. "Platinum catalyst" generates carbon dioxide gas more efficiently and improves the freshness retention performance of the refrigerator.
Platinum catalyst technology itself is widely used in applications such as automobile exhaust gas purification, but conventional platinum catalysts can only be effective at high temperatures.The new platinum catalyst developed this time is effective even in low temperature environments and can be installed in refrigerators.
Technology for maintaining the freshness of vegetables, fruits, and flowers is attracting attention in the logistics industry, and further development is expected.The University's Catalytic Chemistry Research Center plans to promote the development of even higher efficiency and higher performance catalyst technology.

The origin of Hokkaido University dates back to Sapporo Agricultural College, which was established in 1876.Throughout its long history, we have cultivated the basic principles of "frontier spirit," "cultivating internationality," "education for all," and "emphasis on practical studies."Based on this philosophy, he has a high level of academic background that is internationally accepted, and has accurate judgment and a leader […].