Every year, more than 200 students go on to university medical school outside the prefecture from high schools in Saitama prefecture.This system was introduced in 2012 to support motivated medical students who want to contribute to regional medical care in Saitama Prefecture as doctors in the future while studying outside the prefecture.Since the introduction of the system, the number of applicants has been increasing year by year, and there is a request to expand the recruitment quota, so the number of recruitment will be increased from 2014 in 15 to 2015 in 20.

Those who can apply for the scholarship system are those who live in the prefecture at the time of loan application, or who are expected to graduate or have graduated from a high school in the prefecture, and are willing to enroll in a medical course at a university outside the prefecture in 2016. After obtaining a doctor's license, those who meet all five conditions, such as the intention to work as a doctor at a public medical institution in a specific area of ​​the prefecture, are eligible. 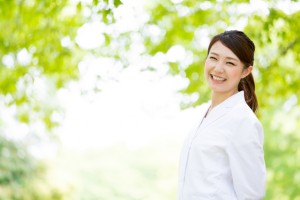 The scholarship will be lent up to 100 million yen for admission and 20 yen per month for up to 6 years until graduation from university.In addition, if you work as a doctor at a public medical institution in a specific area of ​​the prefecture for 1.5 times the loan period after obtaining a doctor's license, you will be exempted from returning the scholarship.

The application method is from July 2015th to August 7th, 7 (must arrive at 8:7), with the theme of application documents that can be downloaded from the prefecture homepage and "what kind of doctor you want to work in Saitama prefecture in the future". Submit your essay, etc. to the Saitama Medical Maintenance Division by mail or by bringing it with you.After the document screening, an interview screening will be held on September 17th only for those who have passed the document screening, and 15 loan candidates will be decided.However, if the loan candidate is not admitted to the medical course of a university outside the prefecture, he / she will be disqualified, and if he / she wishes to loan again, he / she will need to apply for the system again after 9.

Discover and grow your new self at Saitama University, which develops human resources who will lead the next generation

Arouse curiosity and draw imagination.A variety of learning that has the power to move the world greatly

Based on the philosophy of "fusion and harmony between technology and humanity" and the spirit of founding based on the Buddhist spirit, we are training human resources such as engineers and practitioners who can contribute to society as the core of society.In the 2 faculties and 5 departments of the Faculty of Human and Social Studies and the Faculty of Engineering, the educational team with rich individuality is finely tuned and polite […]

→ Details of Saitama Institute of Technology

The Tokyo International University, which was founded in 1965, has the spirit of founding "cultivation of true international people who embody the spirit of public morals", has a vision for the future, and has the courage to act. By refining our intelligence, we will develop the global human resources required by the international community. 92 […]

Seigakuin University develops rich and unique human resources based on the Christian spirit of being an irreplaceable existence for each and every one of us, and based on the founding spirit of "Looking at God and serving people."It has five departments: Political Economy, Western Culture, Japanese Culture, Child Education, and Psychological Welfare, not to mention specialized education […]

"New era of actual engineering" Education that changes, philosophy that does not change

→ Details of Nippon Institute of Technology

Learning becomes the power. A place where you can experience "human formation through learning"

Josai University, founded in 40, is a comprehensive university with 3 liberal arts departments and 5 science departments.Based on the founding philosophy of "human formation through academics," we train human resources who have rich humanity and respect for each other as well as academics and research.In the real world, acquire the thinking ability and practical ability to demonstrate its applied ability, and new […]