TOP > Topics > "Books that changed the world" held in November, including the first edition of "The Origin of Seeds" owned by Kanazawa Institute of Technology

"Books that changed the world" held in November, including the first edition of "The Origin of Seeds" owned by Kanazawa Institute of Technology

Important scientists from around the world, such as Isaac Newton's "Mathematical Principles of Natural Philosophy Principia (1687 First Edition)" and Charles Darwin's "On the Origin of Species (1859 First Edition)" The "Book Exhibition that Changed the World" will be held from November 2015, 11 at the Grand Front Osaka North Building (Kita-ku, Osaka City), where the first edition of the book that announces the discoveries and inventions will be exhibited. 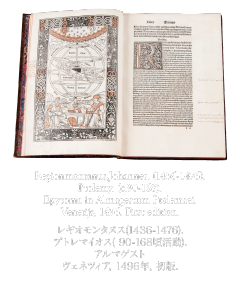 From "Akira Bunko of Engineering"
(Quoted from the source)

Many of the rare books exhibited at the exhibition are in the collection of the library "Engineering Akira Bunko" of Kanazawa Institute of Technology.The Akira Bunko of Engineering was established in 1982, and is a library that collects scientific discoveries, first edition books of technical inventions, etc. from the viewpoint of "engineering", and currently holds about 2,000 items. ..The collection includes books from the 15th century on which printing technology was invented by Gutenberg.・ The report of the Investigation Committee on the Challenger accident is included.

At the exhibition, 2,000 books selected from the collection of about 120 items from the Engineering Akira Bunko will be exhibited. We will create an exhibition plan by sharing ideas to make it interesting and easy to understand.During the period, a museum talk will be planned in which the supervisor, Professor Kakugyo Satoshi of the same university, will explain the highlights of the exhibition and episodes related to books in an easy-to-understand manner.

Source:[Kanazawa Institute of Technology] [Books that changed the world] Exhibition

Kanazawa Institute of Technology has 4 departments in 12 faculties: Faculty of Engineering, Faculty of Information Frontier, Faculty of Architecture, and Faculty of Biotechnology and Chemistry, and realizes a wide range of learning fields in collaboration with faculties, graduate schools, and research institutes. "Working on ambiguous problems as a team, clarifying the problems to be solved, creating solutions under constraints, […]

→ Details of Kanazawa Institute of Technology