The Japan Association of National Universities has released an interim summary of the "Action Plan for the Future Vision of National Universities", which focuses on improving education and research functions through collaboration between universities and improving the environment for accepting female students and female faculty members.In the future, in order to realize these efforts, we will request the government to provide both budget and institutional support. 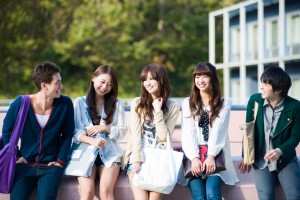 The first policy included in the interim summary is to secure diverse enrolled students with excellent qualities and abilities and to improve the environment for accepting them.Specific measures include (1) reform to an educational system that can be used in the international community and enriching unique educational content that highlights the characteristics of universities and regions in order to meet diverse needs. (XNUMX) Wide range of recommendations, AOs, international baccalauréat, etc. Adopt an entrance examination system and accept high school and technical college graduates with various qualities ③ While actively accepting foreign students, expand overseas dispatch of Japanese students ④ Develop an environment for accepting female students and female teachers ⑤ Contributing to regional revitalization in collaboration with local governments and industry ⑥ Actively accepting working people seeking re-learning.

The Japan Association of National Universities has set up a working group since November 2014 to show the direction of national university reform. In December 11, the basic idea was announced in a statement by the chairman entitled "A national university that supports the development of regions and countries and leads the world."After that, based on the statement, the national universities were considering specific measures to take the initiative.
* International Baccalaureate An international educational program provided by the International Baccalaureate Organization (Headquarters, Geneva).It was established for the purpose of qualifying for university entrance examinations that are internationally accepted and securing entrance routes.
* Tenure-track system A system in which a university hires young researchers for a fixed term, gains experience in an independent research environment, examines their achievements, and hires them as faculty members if they are qualified.