On June 2015, 6, the launch of the American unmanned transport rocket Falcon 28 resulted in an explosion in the air.It became a hot topic in Japan that it was equipped with the meteor observation camera "Meteor" developed by Chiba Institute of Technology, but it was the second failure following October 9. 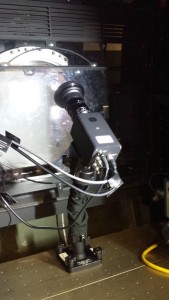 Meteor is a high-definition camera developed by the Planetary Exploration Research Center of Chiba Institute of Technology to observe meteors.Meteor, which is the origin of the name, is a phenomenon in which when the earth passes through the dust scattered from meteors, it is heated by friction with the atmosphere and emits light.By photographing these from the US Experiment Module Destiny of the International Space Station (ISS), it is possible to identify the size and composition of dust.Furthermore, it is possible to know the characteristics of the meteor body, which is the source of dust, from such information.By raising the camera to space, it is possible to observe without being affected by the weather and atmosphere, so it was expected that observations for about 1 minutes a day would be stable.It is a pity that the actual observation video will not be seen due to the launch failure because it was planned to be released on the WEB.

Although there is no official announcement from NASA, there is information that the capsule with meteo may have fallen into the Atlantic Ocean safely and we will investigate whether it can be recovered.Even if it cannot be recovered, Chiba Institute of Technology is making a spare machine for Meteor, and will try again if the next launch is decided. I would like to see the meteor observation video from space published on the WEB as soon as possible.

Chiba Institute of Technology was founded in 1942 as "Koa Institute of Technology" in response to social demands to train advanced science and technology engineers and enrich Asian countries including Japan.In the 17 years since then, it has continued to support Japan's growth through manufacturing, and is now the oldest existing private technical university […].

→ Details of Chiba Institute of Technology