Are college students happy with the university?Survey result announcement

At the time of graduation, more than 7% of the students felt that they were "satisfied" and "grown up" at the university, according to the Recruit Advancement Research Institute "Graduation Satisfaction Survey 2015". 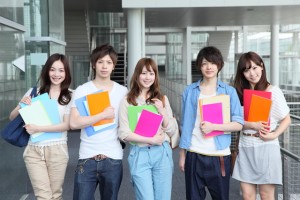 According to the survey results, 76.5% answered that they were "satisfied" with being enrolled in university, and by gender and liberal arts, liberal arts girls were the highest at 83.2%, science girls 81.9%, and science boys 75.4. %, And 69.6% for liberal arts boys.The top 3 items that have the highest correlation with satisfaction are 1st place "attractive to educational policy and school spirit", 2nd place "meeting many seniors / juniors / friends", and 3rd place "acquiring a wide range of knowledge and culture". There are many classes. "

* Detailed results of the "Graduation Satisfaction Survey 2015" are posted on the Recruit Advancement Research Institute website.