TOP > Topics > Investigation result > 97.5% of universities have revised internal rules due to revision of laws and regulations, surveyed by Ministry of Education, Culture, Sports, Science and Technology

97.5% of universities have revised internal rules due to revision of laws and regulations, surveyed by Ministry of Education, Culture, Sports, Science and Technology 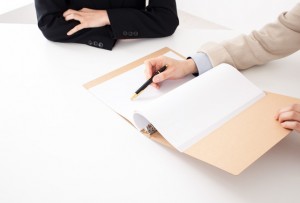 The amendment of the law in April will review the rules of the positions and organizations of the vice president and faculty committee in order to establish the leadership of the president in the administration of the university, and take measures to make the selection of the president of the national university transparent. We are asking each university.In April and May, we received responses from 4 national, public and private universities nationwide, including junior colleges, in order to investigate the response of the university based on the revision of laws and regulations.

According to the preliminary figures of the survey, 1,097 universities have made concrete efforts such as reviewing the internal rules.Regarding the fact that the president has the final say on university management, 44.7 schools, which account for 503% of the total, answered that they had stipulated in the bylaws before the revision.After the revision, 615 schools, 54.7%.Regarding the fact that the faculty committee of the deliberative body has a relationship to express opinions to the president who has the right to make decisions, 345 universities (31.5%) have stipulated in the bylaws before the amendment, and 764 (67.9%) have stipulated after the amendment. )was.

Source:[Ministry of Education, Culture, Sports, Science and Technology] About "Survey on the results of comprehensive inspection and review of internal rules" (preliminary figures) at the university