The Ministry of Education, Culture, Sports, Science and Technology has decided to tighten the standard of the university overcapacity rate, which does not allow subsidies to private universities, in order to eliminate the concentration of university enrollment in metropolitan areas such as the metropolitan area from 2016. We have notified the Japan Private School Promotion and Mutual Aid Corporation.Furthermore, from 2019, student expenses will be reduced according to the number of over-enrolled students.It is one of the regional revitalization measures to stop the outflow of students from the rural areas, but it is likely that some people will point out that they lost it late because the rural areas are already in a critical situation due to the declining population. 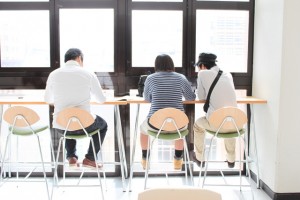 Student expenses will be reduced from 2019 if the enrollment capacity sufficiency rate exceeds 1.0 times.On the other hand, if the sufficiency rate is 0.95 times or more and 1.0 times or less, we plan to increase the amount to a certain extent.

Source:[Ministry of Education, Culture, Sports, Science and Technology] Regarding the handling of ordinary expenses subsidies for private universities, etc. related to capacity management after 28 (Notice) (PDF)