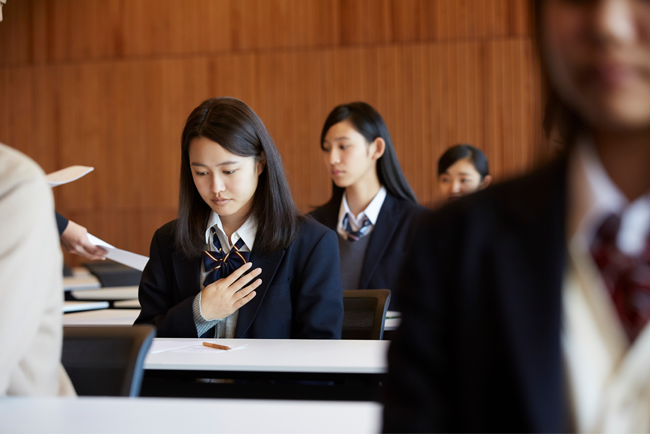 In the previous column, we covered the subjects and subjects of the Common Test for University Admissions (hereinafter referred to as the Common Test) in the 7th year of Reiwa (2025).There, I explained that the handling of "information" and the handling of "mathematics C" in liberal arts mathematics are important points.This time, let's go further and think about the range of questions for individual exams conducted by each university.At early universities, there is a possibility that the subjects and subjects of the Reiwa 7th year (2025) entrance examination, the so-called new course entrance examination, will be announced during this year.The required courses are not always the courses to be taken, so each university wants to carefully consider them.

The range of questions in the common test will be the standard, but the range of individual tests will be even wider.

The range of questions for the common test has already been announced by the National Center for University Entrance Examinations in a document dated March 3th.For example, "English Communication I", "English Communication II", and "Logic / Expression I" are the subjects of subjects / foreign language subjects / English <Table 24>.To be precise, "English Communication I" is also a subject name in the subject / foreign language, but since it is also treated as a question range in the common test, it is also treated as a subject and question range here.The idea of ​​the range of questions is centered on the subjects that are required to be taken in the course of study, and the subjects of the new course of study are plotted in light of the range of questions in the current course.It is a convincing setting from the perspective of the questioner.Subjects other than English are set in almost the same way, but "Mathematics C" is imposed, and "Geography synthesis" and "History synthesis" are included in the question range of geography, Japanese history, and world history. There was also a surprise such as doing.

By the way, each university receives the "Schedule related to the university enrollment selection implementation guidelines" notified by the Ministry of Education, Culture, Sports, Science and Technology around this summer, and the subject of the entrance examination for the 2022th year of Reiwa (7) as soon as possible in 2025.・ We will announce the subjects.At this time, not only the common test usage method but also the subjects / subjects to be imposed on the entrance examination for each university's individual examination must be announced.In that case, the range will be wider than the range of questions in the common test as it is now.Especially in the case of difficult universities, the difficulty level of the questions is higher than that of the common test, so the range of questions to be asked is wider.However, if you specify a subject or range that has few students in high school, it will be avoided by many examinees, and the number of applicants will inevitably decrease. As the 18-year-old population continues to decline, some universities may not care about the decrease in the number of applicants anymore, but in the 7th year of Reiwa, the 18-year-old population will increase from 106 million in the previous year to 109 million. The number of people will increase by 3.This is a fairly large number for a period when the number of university applicants is expected to continue to decline.Therefore, we want to avoid mistakes in setting the question range. 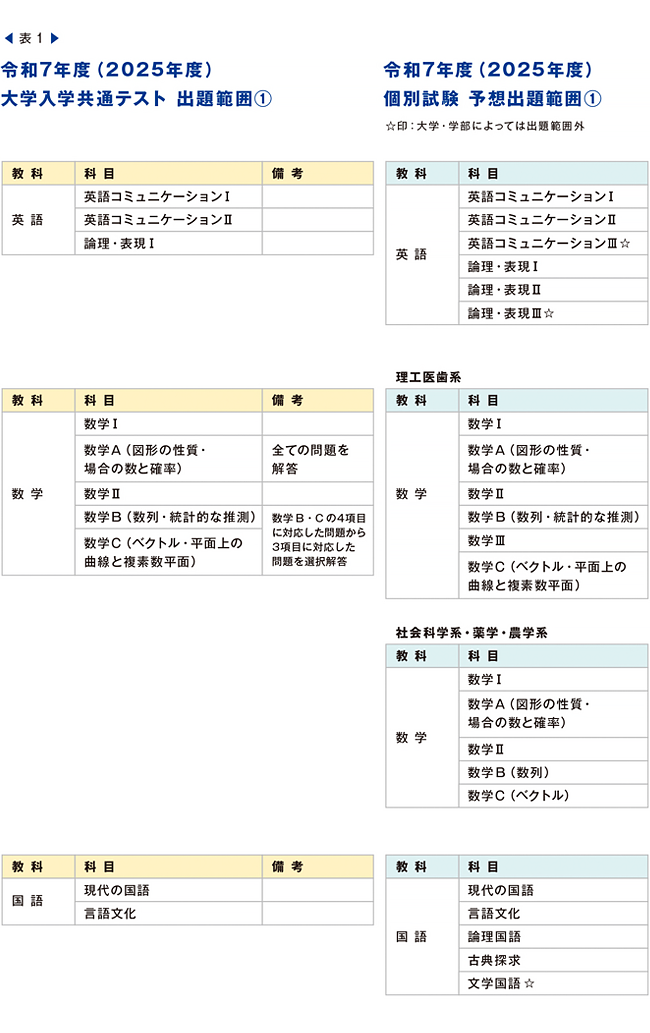 "Mathematics C" is within the scope of liberal arts mathematics, and only some universities impose "literary national language"?

As for English, it seems that many universities exclude "English Communication III" and "Logic / Expression III" from the question range except for difficult universities.As for the national language, it is expected that many high schools will take "logical national language" and "classical inquiry" in the advanced school, so unfortunately many universities do not include "literary national language" in the question range.However, since literary works are dealt with in the textbook of "Language and Culture", it is possible to use literary works as materials for entrance examination questions.I don't think it is necessary to forcibly change the questioning tendency, such as changing the material of question sentences to practical sentences or logical sentences in the humanities department.

→next pageScience hasn't changed much, geography, citizens, what to do with information

Education journalist / KEI Advanced, Inc. Consulting Department member
/ University Entrance Examination Writer / Researcher
After joining Kawaijuku Educational School in 1985, he has been engaged in collecting and disseminating university entrance examination information for over XNUMX years, and is also in charge of editing the monthly magazine "Guideline".
After retiring from Kawaijuku in 2007, he has been engaged in entrance examination work such as pass / fail judgment and entrance examination system design at a university in Tokyo, and is also in charge of student recruitment and public relations work.
After retiring from university in 2015, he worked as a writer and editor for Asahi Shimbun Publishing "University Ranking" and Kawaijuku "Guideline", and contributed to Nihon Keizai Shimbun and Mainichi Shimbun media.After that, after working at the National Research and Development Agency, he has been providing consulting to support various university issues since 2016. Since KEI Advance is a Kawaijuku Group, it is possible to conduct simulations and market trend surveys using a huge amount of entrance examination data, so it is diverse regardless of the installer, such as future plans / medium-term plan formulation, new faculty establishment, and support for entrance examination system design. Many requests are received every day.
Click here for detailed profile