Before the Disability Discrimination Elimination Law comes into effect in April 2016, the Japan Student Services Organization has compiled a collection of examples of how universities, junior colleges, and technical colleges nationwide support and consider students with disabilities and publish them on their website. bottom.The aim is to have the school establish a system by the time the law is enforced by referring to this case, and it is expected that it will be an opportunity for students with disabilities to receive university education on an equal footing with healthy people. 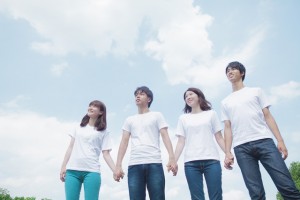 The collection of examples is 188 cases collected from 160 schools nationwide (15 universities, 13 junior colleges, 188 technical colleges), mental disorders such as developmental disorders and schizophrenia, speech disorders, visual disorders, hearing disorders, physical disabilities, It is classified according to disability such as illness.In addition, it is easy to refer to the school that is going to build the system from now on, because it is described step by step from the support offer from the student to the consideration of the response and the concrete response.

For example, a university that was consulted by a person with low vision allowed an enlarged copy of the exam questions and answer sheets in the entrance examination, and the coordinator continued to talk with the person after admission, and mobile assistance in off-campus classes and the instructor in charge We provided support such as making an enlarged copy of the materials to be distributed.For students with lower body disabilities and wheelchair users, another university has provided student volunteers to support students during the training, while allowing them to enter the shuttle car on campus and select seats for classes.

Although the collection of examples is compiled for schools, it can also be a clue to what the school can do for those who wish to go on to higher education and their parents.You can also make a request to the school based on this case, so there is no doubt that it will be a great help for students with disabilities to go on to school.
The Disability Discrimination Elimination Law obliges public institutions such as governments, national and public universities, junior colleges, and technical colleges to give reasonable consideration to persons with disabilities, while also imposing an obligation on the private sector such as companies and private universities.Reasonable accommodation here is defined as supporting persons with disabilities within a range that does not cause a significant imbalance and does not impose an undue burden.

Source:[Japan Student Services Organization] Examples of support and consideration given to students with disabilities relatively recently by universities nationwide