On June 6, Tohoku University announced that it has signed a partnership agreement with Stanford University for biodesign programs with Osaka University and the University of Tokyo.As a result, the "Japan Biodesign Program," a human resources development program that will lead the innovation of medical devices in Japan, will start in October. 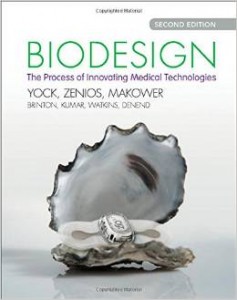 While the global medical device market is growing significantly, Japan's first medical device share is far behind the United States and the trade deficit is expanding.Although medical-engineering collaboration and industry-academia collaboration approaches have been implemented so far, market needs have not been well grasped and many cases have not been commercialized.To overcome this situation, the Stanford Biodesign Program has attracted attention.

Biodesign is a human resources development program started by Dr. Paul Yock of Stanford University and others.With a view to commercialization from the initial stage of development, it features an approach that realizes innovation by developing solutions to problems starting from the needs of the medical field.There are applications from all over the world for the one-year course called Fellowship, and eight people are selected every year with a high competition rate of over 1 times. In 18 years, 8 companies have started businesses and more than 14 patent applications have been filed.In addition, more than 40 patients are benefiting from the devices created by this program.Currently, it has been introduced in India, Singapore, Ireland, and the United Kingdom, and is being considered for introduction in various countries around the world.

In Japan, the Stanford Biodesign Program will not be introduced as it is, but the program development suitable for Japan will be promoted while referring to the program.Through this program, it is expected that the activation of innovation in medical devices, the development of Japanese industry, and the created medical devices will be useful for the medical care of many patients.

Established in the 10th year of the Meiji era.A university with the longest history in Japan and at the forefront of Japanese knowledge

The University of Tokyo was established in 1877 (Meiji 10) by integrating the Tokyo Kaisei School and the Tokyo Medical School.Since its establishment, it has developed education and research in a unique way in the world as a leading university in Japan and an academic center for the fusion of East and West cultures.As a result, many human resources have been produced in a wide range of fields, and many research achievements […]

→ Details of the University of Tokyo

Create excellent research results that will be the source of innovation, and develop talented human resources who will lead the next generation

Tohoku University has a rich culture and humanity based on the tradition of "research first principle" since its opening, the idea of ​​"opening the door" and the spirit of "respect for practical science", and is a phenomenon of human beings, society and nature. In response to this, human resources with the ability to carry out intellectual exploration with a "scientific mind", demonstrating their expertise in various fields from an international perspective and leading […]