Domestic universities begin to face,
What is the wonder that is not just the 18-year-old population decline?

For 30 years, the author has been in contact with more than 200 universities in the form of supporting them from an outside perspective as a consultant.In addition, as a director of universities, junior colleges, vocational schools, and high schools, he has also been responsible for managing higher education institutions from an internal perspective.I would like to describe the current state of university reform and its whereabouts from both internal and external perspectives. 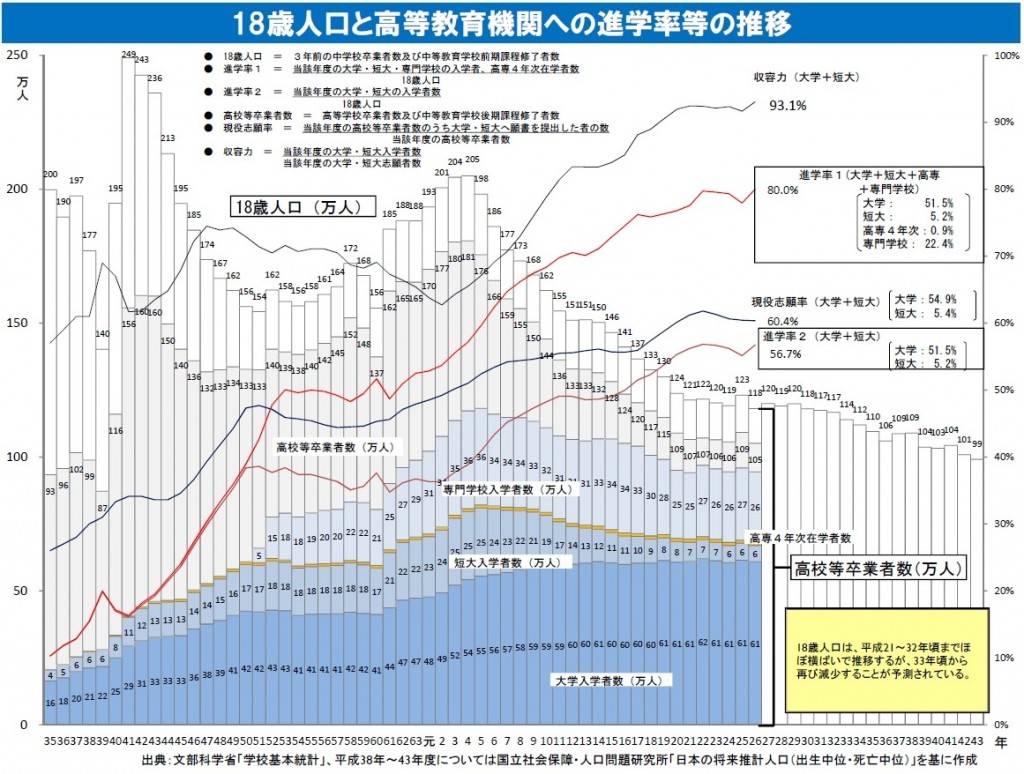 Changes in the 18-year-old population (Chart 1)