At Nihon University, each faculty has collaborated to launch a project aimed at eels and their environmental conservation.The official name is "Unagi Planet", a comprehensive research project under the faculty of Nihon University. 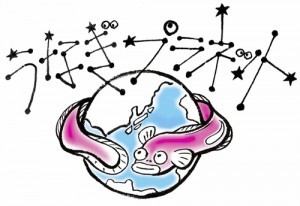 Behind the launch of "Unagi Planet" is the harsh current situation surrounding eels.The world's eel resources have plummeted in the last 40 years, and Japanese eels, European eels, and American eels have been designated as endangered species by the International Conservation Union.

At the same university, we launched "Unagi Planet", which brings together the power of 14 researchers and faculty members from 9 faculties out of 16 faculties. We aim to preserve the eel culture that people love for a long time to their descendants. "If we don't promptly provide proper conservation measures for eels, our children and grandchildren will not be able to eat" kabayaki "or" eel bowl "." This project started with the thoughts of such researchers.

The main activities are on-site lessons that go to elementary and junior high schools and high schools nationwide, which started in April 2015, to convey the latest research results of eels in an easy-to-understand manner, and international symposiums that invite eel researchers from all over the world such as Taiwan, France, and Indonesia. (Scheduled to be held in June 4), a special exhibition (scheduled to be held from July to December 2015) to display live Japanese eels such as Leptocephalus larvae in collaboration with the Shin-Enoshima Aquarium and Sumida Aquarium.In addition, we plan to plan and develop various activities in cooperation with various external organizations and individuals, with "Unagi Planet" as the parent body.

Learn for yourself, think for yourself, open your way.Developing education and research that takes advantage of economies of scale

Nihon University is the largest comprehensive university in Japan with a history and tradition of more than 130 years.With "self-creation" as our educational philosophy, we aim to be "the most educational university in Japan".Currently, it has 16 faculties and 86 departments, and is thoroughly instructed by a small number of people in seminars, foreign language education, experiments and practical training.[…] As a Japanese