TOP > Topics > Investigation result > 2015 University Applicants Survey Is it a national public orientation due to the impact of the tax increase?

2015 University Applicants Survey Is it a national public orientation due to the impact of the tax increase?

The results of the "Survey on Academic Brand Power 2015", a university brand ranking for high school students conducted by Recruit Advancement Research Institute, have been announced. 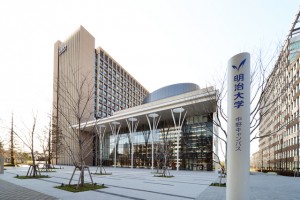 As a result of the survey, in the "universities I want to apply for", the Kanto area is ranked first for 1 consecutive years at Meijo University, the second is Waseda University, the Kansai area is ranked first for eight consecutive years at Kansai University, the second is Kinki University, and the Tokai area is. , 7st place Meijo University, 2nd place Nagoya University.In the Kanto region, the private orientation is deep-rooted throughout the eight years, while in the Kansai region, although it became a private orientation in 8, it changed to a national public orientation in 1 and 2. I found out.In response to this result, Mr. Hiroshi Kobayashi, Director of Recruit Advancement Research Institute, said, "Due to the impact of the consumption tax increase in April 1, national and public institutions have increased again in Kansai and Tokai. More than 2% of university students are going to private universities. At present, we can see that economic conditions have a great influence on career choices. "

In addition, "universities with an attractive image of educational policy and curriculum," which is also a point of differentiation of universities, ranks first in both the Kanto and Tokai areas. The University of Tokyo (Kanto 1%, Tokai 17.3%) The Kansai area is Kyoto University. Although there was a response (16.7%), the percentage of respondents who answered that they corresponded to the image even at the top universities did not exceed 17.2%, so the educational content that each university is focusing on is not conveyed to high school students. I understand.

* Detailed survey results of the "Survey on Advancement Brand Power 2015" are posted on the Recruit Advancement Research Institute website.

Meiji University celebrates its 140th anniversary.Based on the founding spirit of "freedom of rights and independence and autonomy," we will hone our diverse "individuals", maintain the spirit of "forward" that we will open up ourselves, promote cooperation in all aspects of society, and change the times. Fostering human resources who will continue to do so.We are advancing toward a co-creative future through the creation of knowledge.Employment Career Support Center […]

Kansai University, which has a history of 135 years, celebrated its 100th anniversary in 2022 as a university promotion and advocating the "realization of learning".It is a comprehensive university with 13 faculties that pursues specialization deeply, explores knowledge with curiosity, and expands one's learning.Strong trying to overcome difficulties and open up the future in a society with increasing uncertainty […]

We will develop education and research that captures the needs of society, and learn appropriate for the future you are aiming for.

It is one of the largest integrated universities in the Chubu region, with 9 faculties and 23 departments.In addition to the Faculty of Law, Faculty of Science and Engineering, and Faculty of Agriculture, which have continued since the early days of the foundation, the Faculty of Foreign Languages ​​was established in 2016, and the Department of Environmental Creation Engineering was established in April 2020.A challenge support program that nurtures "future leaders" with the mindset required by the times […]