The investment plan of Osaka University Venture Capital Co., Ltd. (Suita City, Osaka Prefecture, President Yoshio Matsumi), an investment company established by Osaka University, has been approved by the Ministry of Economy, Trade and Industry and the Ministry of Education, Culture, Sports, Science and Technology. With the enforcement of the Industrial Competitiveness Enhancement Law in 2014, national universities have become able to establish venture capital, but this is the first time that universities have promoted the commercialization of research results under the new system.In the future, in consultation with the Ministry of Finance, etc., the first fund will start and will start investing in venture companies.

U.S. companies such as Stanford's search engine Google and Harvard's social network Facebook are famous as university-launched venture companies, but there are some companies like the United States that have grown rapidly in a short period of time in Japan. not.According to the Ministry of Economy, Trade and Industry's University Cooperation Promotion Office, Japan is far behind the United States in terms of the number of establishments, and on the contrary, the bankruptcy rate is abnormally high.It is thought that this is because there is no culture for university researchers to commercialize the results, and the financing of private financial institutions to venture companies has not progressed.

For this reason, the Ministry of Economy, Trade and Industry expects that this case, in which the university itself invests, will lead to the development of venture companies originating from the university.At domestic universities, Kyoto University and Tohoku University, which have already established venture capital, and the University of Tokyo, which has submitted an establishment plan, are aiming for accreditation, and support for university-launched venture companies is likely to expand at once. 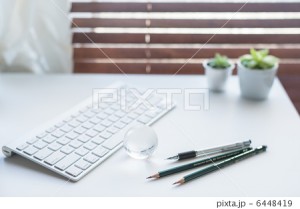