The Ministry of Education, Culture, Sports, Science and Technology says that nearly 2016% of universities and junior colleges think that job hunting is "prolonged" due to the "postponement" of the job hunting schedule for university students who are planning to graduate in the spring of 6. It became clear in the national survey of the employment problem round-table conference made by national, public and private universities, junior colleges, and technical college related organizations.This is because there are a mixture of companies that carry out job hunting "backward" and those that do not.Regarding the impact on academics such as writing a graduation thesis and attending classes, it seems that almost half of the universities and junior colleges have a harsh situation where only students are wrinkled. 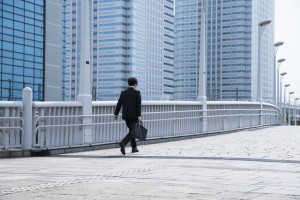 At the request of the government aiming to shorten job hunting, the Japan Business Federation will start selection such as interviews from December to March of the third year of university when companies will start briefing sessions from those who are planning to graduate in the spring of 2016. Was postponed from April to August of the 3th grade.However, some small and medium-sized enterprises, IT companies, and foreign-affiliated companies that are not affiliated with Keidanren are hiring without "backwarding", and even if they get a job offer from small and medium-sized enterprises early, the first 12 It seems that many students continue their job hunting with the aim of becoming a large company of their choice.The Ministry of Education, Culture, Sports, Science and Technology says, "I want to verify the results of the survey," but there is one aspect in which the policy of job hunting "backward" has already become a dead letter.

Source:[Ministry of Education, Culture, Sports, Science and Technology] Regarding the results of the survey (as of May 27) regarding changes in the timing of job hunting and recruitment activities in 5